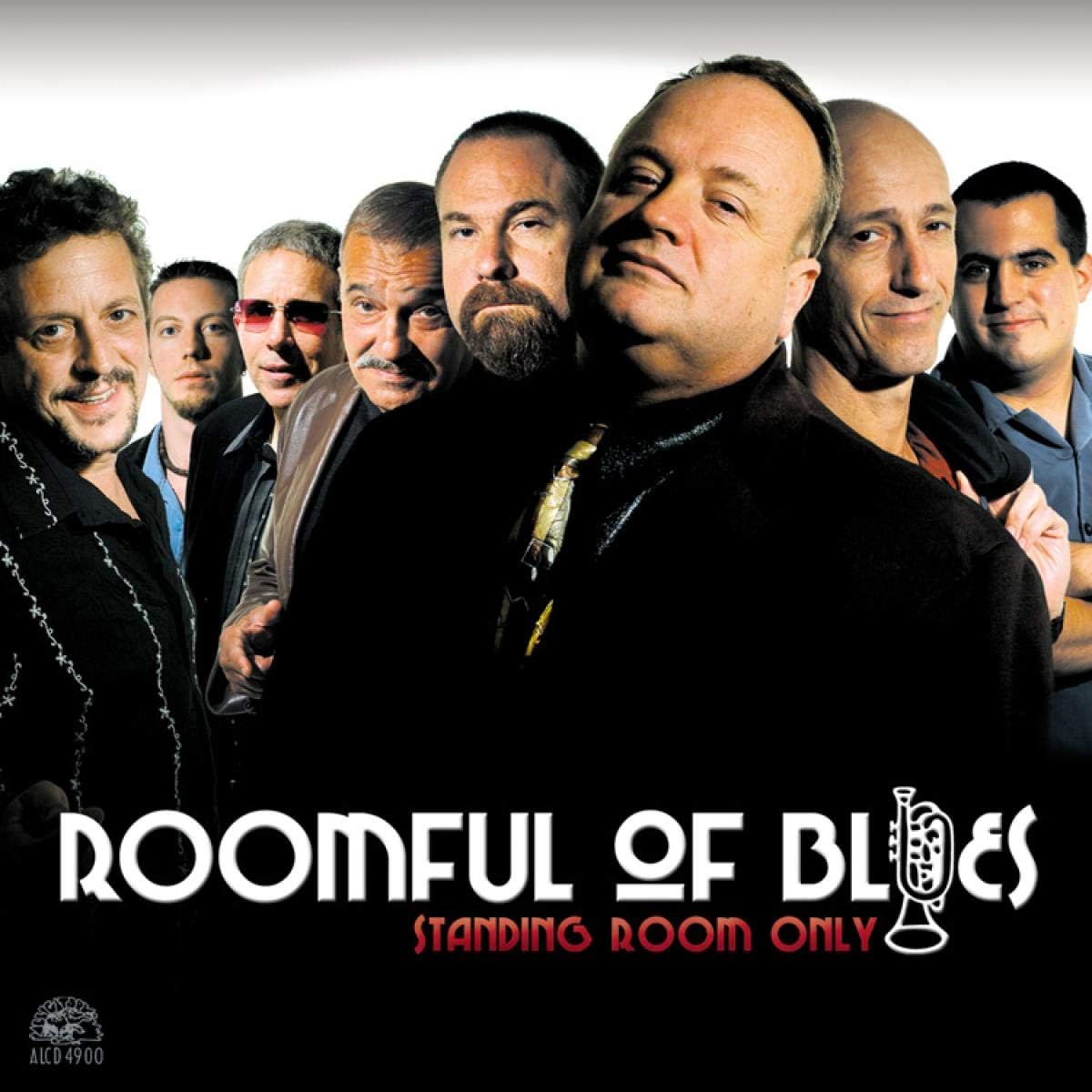 In 2003, a rejuvenated Roomfull of Blues released their Alligator records debut, THAT"S RIGHT! And re-established themselves as the premier blues big band in the world. STANDING ROOM ONLY is a knockout punk from a group of blues heavyweights, full of big band swing, razor-sharp blues and sweaty Ramp;B workouts. In contrast to THAT'S RIGHT!, the new record features 8 originals songs along with the band's always inspired version of well-chosen Ramp;B nuggets from the past.

They joined the Alligator Records family with THAT'S RIGHT! in 2003. The CD received massive amounts of praise and received yet another Grammyｩ nomination. Now they池e back with STANDING ROOM ONLY an utterly hip-shaking set of songs highlighting the vocal and instrumental power of the band.

Remaining together for so long is not simply a matter of survival, but rather a testament to Roomful of Blues' commitment to its originality and its ability to evolve. Over the years, Roomful's lineup has changed but the band has always been one of the tightest, most joyful blues ensembles in the world. Currently an eight-piece unit led by guitarist Chris Vachon, the band has never sounded fresher or stronger. With vocalist/harpist Mark DuFresne, bassist Brad Hallen, drummer Jason Corbiere, keyboardist (and newest member of the group) Travis Colby, baritone and tenor saxophonist Mark Earley along with long-time members tenor and alto saxophonist Rich Lataille (the longest-standing member of the group) and trumpeter Bob Enos, STANDING ROOM ONLY swings with ferocity and rocks with urgency and purpose. Moving effortlessly from eight originals to six carefully chosen covers, the expertly executed songs sizzle from start to finish.

STANDING ROOM ONLY is a knockout punch from a group of blues heavyweights, full of big band swing, razor-sharp blues and sweaty Ramp;B workouts.

Search for the Dreamchild